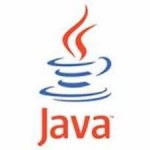 Security experts worldwide are raising the alarm about the recently disclosed zero-day exploit affecting all versions of Java. The latest Java version, Java 7 Update 10 contains a critical security vulnerability which is reportedly already being used for large scale cyber attacks. Users who have Java installed on their computers should consider removing it unless they perform business-critical tasks that use Java. Otherwise, most people might never miss it once removed. Experts also recommend removing every previous version of Java since older versions frequently remain installed after updating the software. This earlier post is a reminder that any version of Java prior to version 7 will no longer be supported (and patched) sometime next month. Thom Infotech frequently encounters unmanaged computers with five or more exploitable versions of Java. Sadly, we usually find this when cleaning a nasty malware infection. The best defense is prevention – removing unneeded software and keeping everything else up to date. Add to that good antivirus software, quality email filtering, and a robust perimeter defense firewall and you may actually avoid malware altogether.