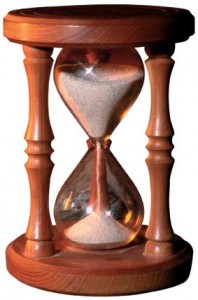 As of this writing there are roughly four useble business weeks left in the current year.  As 2013 winds down, businesses should consider performing needed upgrades sooner rather than later. At the risk of creating a lengthy blog post I’m planning to provide 179 reasons to upgrade before January 2014.

First, we should discuss the “needed” upgrades. If we’ve been maintaining your network you might think to yourself “everything is running smooth… steady as she goes”. OK, we’ll take the credit for the smooth sailing but we need to recommend key upgrades that, if left unchecked, could sink your ship in the coming year.

Windows XP (a.k.a. Windows 2001) has been a venerable operating system since its release. Coming on the heels of Windows 2000, XP was well received and enormously popular. Microsoft’s first attempt to nudge us to a successor (Windows Vista) didn’t work out very well. Though we have several clients using it, something just didn’t click with consumers and Vista goes down in history as an epic fail. Most importantly, the business community thumbed its nose at the Vista and stayed with the trusty XP operating system. As computer resellers to the business community we were able to continue selling computers with XP preinstalled well into 2009.

Microsoft got the message about Vista and began work on its successor. In the mean time they had no choice but to extend support for Windows XP well beyond their original intentions. The successor to Windows Vista was successfully launched in July 2009 and Windows 7 has been warmly received by the business community. The plan was afoot to draw the curtains on Windows XP and the “Extended Support” date was written in stone – April 8, 2014.

What is the significance of April 8, 2014? Quite simply, 4/8/2014 is the second Tuesday of April 2014. Propeller-heads everywhere affectionately refer to the second Tuesday of every month as “Patch Tuesday” – the day Microsoft releases security patches for their products. Notably absent from the April 2014 batch will be anything related to Windows XP.

Why is this significant? Put simply, Windows XP is a ticking time bomb. Due to its age and ubiquity Windows XP had been fertile ground for hackers. The majority of infected machines today are running XP and the situation will quickly get out of hand when the security patches stop arriving on April 8, 2014. Further, the release of patches for everything else will serve as a cookbook for the malware community. When Microsoft discovers a flaw, they work quietly and secretly to clean up the computer code, close the hole, and test the outcome to make sure other problems are not created as a result. Once all testing is done, Microsoft announces the upcoming patches and the problems they are to correct. This is where things get dicey. Malware writers examine the updates in order to find the corrected flaws. They quickly craft exploits to take advantage of unpatched computers in order to wreak their havoc. Users will essentially be defenseless as of “Exploit Wednesday”, April 9, 2014.

Like Windows XP, Office 2003 is on the list of products whose extended support comes to an end on April 8, 2014. Everything said in the preceding paragraphs applies to Office 2003. Some of the nastier exploits in recent months have involved image-handling in Microsoft Office. For this reason we will insist that our clients abandon Office 2003 prior to April 2014.

This one is gonna hurt. Windows Small Business Server 2003 (a.k.a. SBS2003) was an incredibly successful product for Microsoft, their resellers, and their customers. We have installed it for dozens of clients, many of whom continue to use it to this day. SBS2003 combined Microsoft’s Windows 2003 server with their durable Exchange 2003 email server in a simple, easily managed package that has withstood the test of time. The Exchange piece of the puzzle is the one that handles the corporate email for more than a dozen of our clients along with millions of businesses around the world. The Exchange server component is also affected by the “end of life” issue in April of 2014.

Exchange 2003 may be the most critical of the three. Consider this: With Windows XP and Office 2003 most users are safely hidden behind a firewall. A user must take an action to become infected by malicious software. With Exchange, however, administrators must expose the product to the internet in order to “exchange” email with the rest of the world. Additionally, users have grown accustomed to the nifty “Remote Web Workplace” feature to simplify remote access to email, files, and computers inside the network. Without security patches, the open firewall ports that make all of this possible will become virtual “doggie doors” through which hackers and criminals will sneak to do their nasty deeds. This problem has no remedy – SBS2003 simply must be retired prior to “Exploit Wednesday” – April 9th 2014.

We’re facing a bit of a “triple witching hour”, in a manner of speaking. Clients running XP computers must upgrade. The only version of Microsoft Office one can buy is Office 2013. Office 2013 does not work with Windows XP and SBS2003. Wow, it’s almost as if this was planned! The solution we’re recommending is this:

For some clients compliance will make the upgrades mandatory. HIPAA and PCI, for instance, require that you have patch management policies and procedures in effect. You will not be able to patch the products listed above after April 2014 so failure to upgrade will result in a non-compliant environment.

OK, we’ve established that an upgrade project is necessary and you have until April of 2014. You might be wondering when I’m planning to start the 179 bullet points on why you need to do it in the next six weeks. I must confess that I’m out of bullet points. I will point out, however, that you should consider taking advantage of the Section 179 one-time depreciation deduction. Put simply, this IRS rule allows a business to reduce their taxes by depreciating certain asset purchases in one fell swoop rather than spreading them over several years. If your business has been profitable, you can avoid excess taxation by performing the recommended upgrades prior to 2014.

If you qualify (we’re not tax advisers – we recommend that you consult with your tax professional to be sure) and if you find that you don’t have the necessary cash on hand, never fear. We also have a solution for that. Certain types of leases make it possible to spread the cost of your capital purchases over several years while enjoying the tax benefits in the current year. We’ve been busy assisting our clients with both the needed upgrades as well as the lease programs to help them cash in on the big tax break (up to $500,000 in 2013, greatly reduced thereafter). Again, we highly recommend checking with a tax adviser to make sure you qualify and will benefit from this rule.

We’ve already been busy helping our clients to make this transition. Some projects are underway and we can handle a few more. Give us a call!