Are you looking for hassle-free IT support for your West Chicago business? Thom Infotech provides IT services to customers throughout Kane County and DuPage County. If you are looking for a network support company in West Chicago, contact us today.

West Chicago businesses have partnered with Thom Infotech to ensure reliable networks and robust cybersecurity protections. Thom Infotech provides managed IT services to several local firms and has done so for over 20 years. If you are looking for reliable, trustworthy IT support in West Chicago, IL, we’d welcome the opportunity to meet with you to assess your needs. Our security-first approach to business IT services starts with network design and architecture that lays a great cybersecurity foundation. If you’d like an assessment for business IT support in West Chicago, call 630-912-0866 or complete this contact form.

Thom Infotech is located in West Chicago. We offer best-in-class firewalls, networking, and cybersecurity solutions at affordable prices. Our computer support team provides friendly help desk IT support to help your business succeed. We sell computers and servers, along with the software and solutions your business depends on. We also help our customers with phone systems, cabling work, and projects. We help our customers navigate the complexities of technology so they can focus on their business. 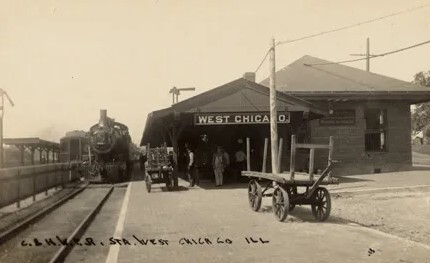 West Chicago, IL is a community of necessity. Formed in the mid-1800’s, West Chicago was originally a junction of several railroads as the Galena & Chicago Union Railroad (predecessor of the Chicago & North Western, now the Union Pacific) built westward from Chicago. By 1850, three railroads converged in the growing community.

With the increasing rail traffic came jobs, housing, hospitality, and commerce. Chicago railroad owner John B. Turner platted several acres of land in what is now the downtown, bestowing the name “Junction”. Another investor did likewise with an adjacent parcel, naming it “Turner”. Eventually the area became known as “Turner Junction”. The name gave way to West Chicago just prior to the turn of the century.

West Chicago has a robust economic climate with a healthy industrial base. Its proximity to efficient rail transport continues to fuel the growth of manufacturers and distributors, providing a sturdy economic foundation and quality jobs.

Get Advanced Cybersecurity and Managed IT Services in West Chicago Today

Our IT experts are on-call, ready to talk to you about cybersecurity services in West Chicago, IL. Call today for a free consultation to discuss how our advanced cybersecurity and managed IT services can benefit your business. We are a computer support company in West Chicago that specializes in network security.