Kendall County businesses have partnered with Thom Infotech to ensure reliable networks and robust cybersecurity protections. Thom Infotech provides managed IT services to several local firms and has done so for over 20 years. If you are looking for reliable, trustworthy IT support in Kendall County, IL, we’d welcome the opportunity to meet with you to assess your needs. Our security-first approach to business IT services starts with network design and architecture that lays a great cybersecurity foundation. If you’d like an assessment for business IT support in Kendall County, call 630-912-0866 or complete this contact form. 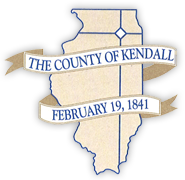 Kendall County is a county in the U.S. state of Illinois, within the Chicago metropolitan area. According to the 2020 census, it has a population of 131,869. Its county seat is Yorkville, and its most populous municipality is Oswego. Kendall County is part of the Chicago metropolitan area and was the fastest-growing county in the United States between 2000 and 2010.

Kendall County was formed in 1841 out of LaSalle and Kane Counties. The county is named after Amos Kendall, who was the editor of the Frankfort, Kentucky, newspaper, and went on to be an important advisor to President Andrew Jackson. Kendall became the U.S. Postmaster General in 1835.

Get Advanced Cybersecurity and Managed IT Services for Kendall County Today

Our IT experts are on-call, ready to talk to you about cybersecurity services in Kendall County IL. Call today for a free consultation to discuss how our advanced cybersecurity and managed IT services can benefit your business. We are a computer support company near Kendall County that specializes in network security.